This tool is mostly meant as a quick visualization for the assessment of whether or not a statistical test value (t-contrast) found in a specific part of the brain “makes sense” w.r.t. the hypothesis of the study, and in part also to identify outlier subjects.

For instance, if the design contains two sets of stimuli (images and temperatures, an example taken from my lab), and within each set there are sub-categories (negative vs. neutral, and a reactive vs. accepting mindset), a contrast between negative and neutral images might show a strong activation cluster (in the example image below in visual cortex). Still, this contrast might be driven by a variety of differences in processing, and to confirm that, indeed, the term in the contrast that “makes the difference” a bar plot can be used to visualize the actual means (and also individual subjects' values), which then gives more confidence in that the result is not a stray finding.

A RFX-GLM file must be loaded and selected as the currently used statistics object, which will then enable the user to use the GLM menu.

To open the UI, select the Beta/scatter plotter entry from the GLM menu.

When initially opening the beta plotter, the bar graph option will be selected (watch the video on the GLM beta plotter on the right, or go to the full resolution page): 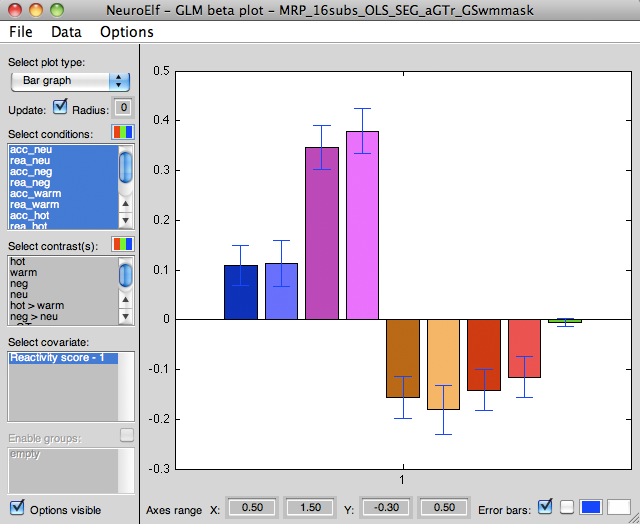 The following screenshot shows a different dataset, where a covariate (age) was scattered against a contrast, and a quadratic fit was computed: 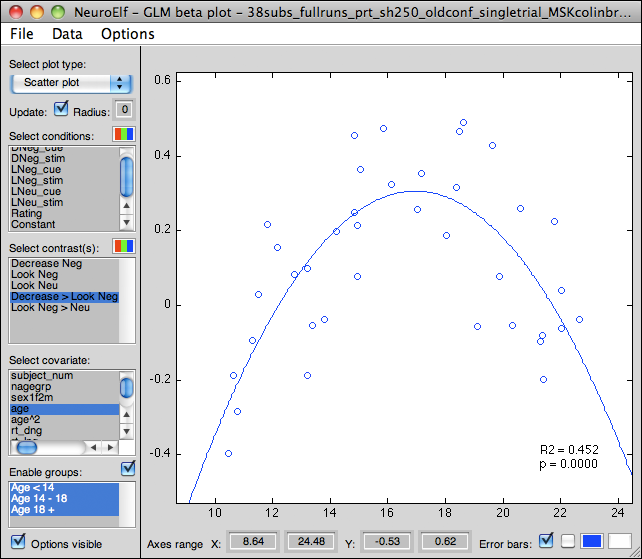 Using the File → Save full axes screenshot… feature, and subsequently selecting EPS as format (and rasterizing the resulting file in either Photoshop or The GIMP), you can create high-quality images of the beta plotter: 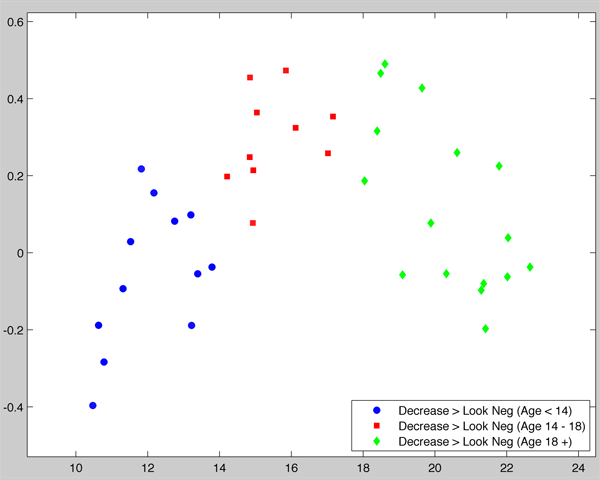