The physiological data must be available as a one of the supported object types, ACQ or NTT. It is fairly simple to store any channel data in a new NTT object, if necessary:

Usually, it is best to first resample the data and then filter the channel which is to be examined (potentially into a new channel):

This function has its own GUI. Once called (with appropriate parameters), the following dialog will open: 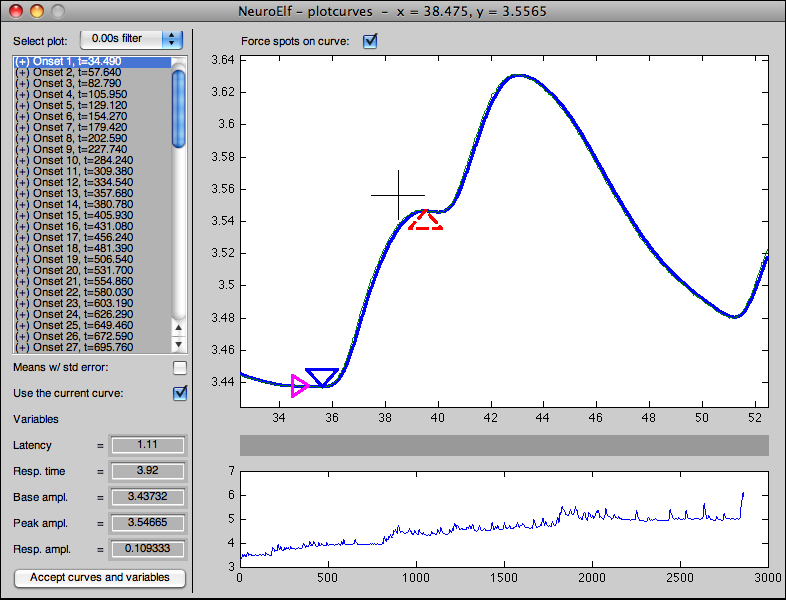 The dialog has the following controls:

Additionally the following keyboard commands are supported (when no UI control has the focus!):

The curve/spot plot has the following mouse-based functions:

Operating the dialog is straight forward:

After all curves have been inspected/worked on, simply click on Accept curves and variables or close the dialog (no difference in behavior).

The most basic usage is by simply creating as many onsets as required and defining some basic spots:

If the data contains onset/stimulus information, the plotcurves function has implemented functionality to detect peaks (min/max):

The function outputs the following variables:

In addition to this, the final options and configuration (when the dialog was closed) is stored in the gsr object under .RunTimeVars.plotcurves.