Whereas slice-displays can give a very “close-to-the-data” look at results of a whole-brain mapping, it sometimes is more desirable to visualize an entire 3D space with one image. One way to do this is by using mesh-based surfaces containing a projection of statistical information. However, the extent in the third dimension (orthogonal to the surface) is not easy to visualize in (and grasp from) such images. Another look at the data is to render the entire dataset slice by slice in a semi-transparent fashion. Here are four examples (click to zoom): 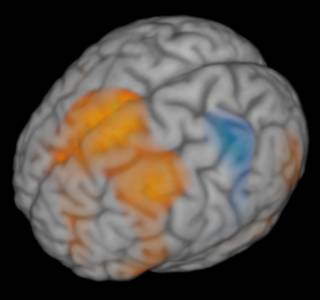 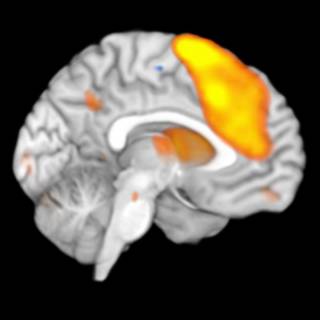 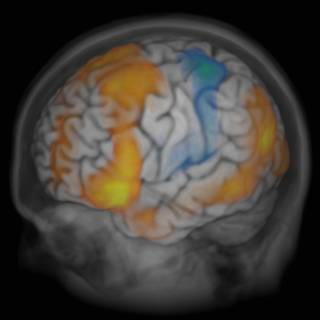 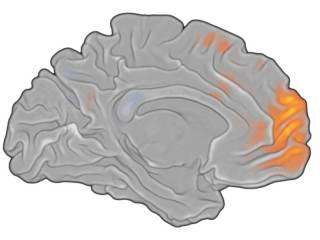 The Rendering UI is available via the Visualization → Render menu item as well as the rendering button (below the surface pane button), and it looks like this: 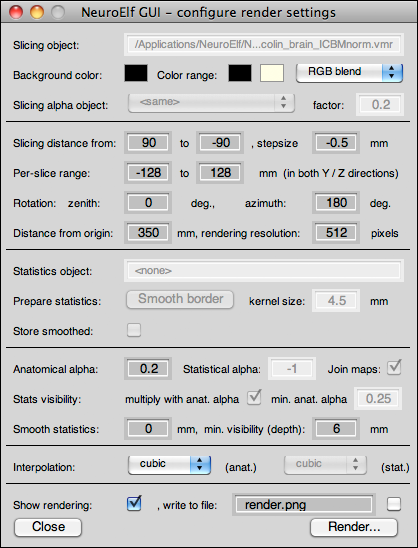 The dialog has the following controls and properties:

The images above have been created as follows (using the same t-map for all three images):

For all images, the contrast map has been restricted to the brain of the visualization subject (colin_brain_ICBMnorm.vmr). Next, the map has been “border-smoothed” using an 8mm kernel to remove sharp edges around the brain border. The anatomical alpha was set to 0.2. The visibility (min. depth) has been set to 3.5mm, and a slice step size of 0.5mm has been set.

The resolution was set to 1024 pixels, and the angles were 60 degrees zenith and 150 degrees azimuth.

A copy of the brain dataset was created from which the right hemisphere was removed. This copy was slightly smoothed to account for some rough edges at the cutting plane.

The full head dataset (colin_ICBMnorm.vmr) was selected in the main UI before invoking the rendering UI, and the background of the brain VMR was filled with a low value (30), and then selected as the secondary alpha channel, which makes all non-brain voxels appear with a very high transparency.

The left-hemisphere (160k vertices version) was back-projected to a 0.5mm VMR resolution VMR, border-smoothed, then filled up with a gray intensity value, and then rendered with an activation map overlaid.