When compiling a list of coordinates to be considered for an MKDA, it is often cumbersome to configure the various analyses that can be run (e.g. eliminating studies/contrasts from the analysis that do not comply with a certain methodology such as having used standardized stimuli). To overcome this relatively difficult task, NeuroElf comes with a UI that tries to simplify this as much as possible.

The MKDA UI is available via the Meta Analysis entry of the Analysis menu. When called, the following dialog pops up: 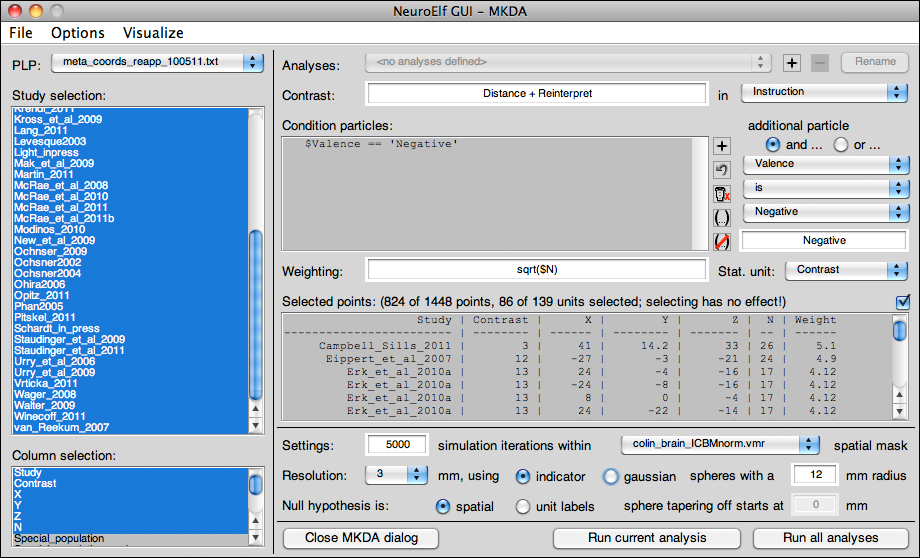 The following steps should be performed for any analysis: