While the toolbox is primarily written for advanced users who know there way around Matlab and are able to make full use of the toolbox functionality, the need for a rudimentary graphical user interface (GUI) arose soon after introducing the toolbox to my fellow lab members.

neuroelf_gui is the response to that need and might, in future versions, show extented capabilities.

The GUI comes in two modes, full and minimized (whereas minimized removes some UI elements from the figure so as to save some space for other windows).

To bring up the GUI, simply issue the

call. It will take a couple of seconds (especially if the xfigure class needs to be run-time compiled by Matlab on its first call), after which the following UI figure will appear: 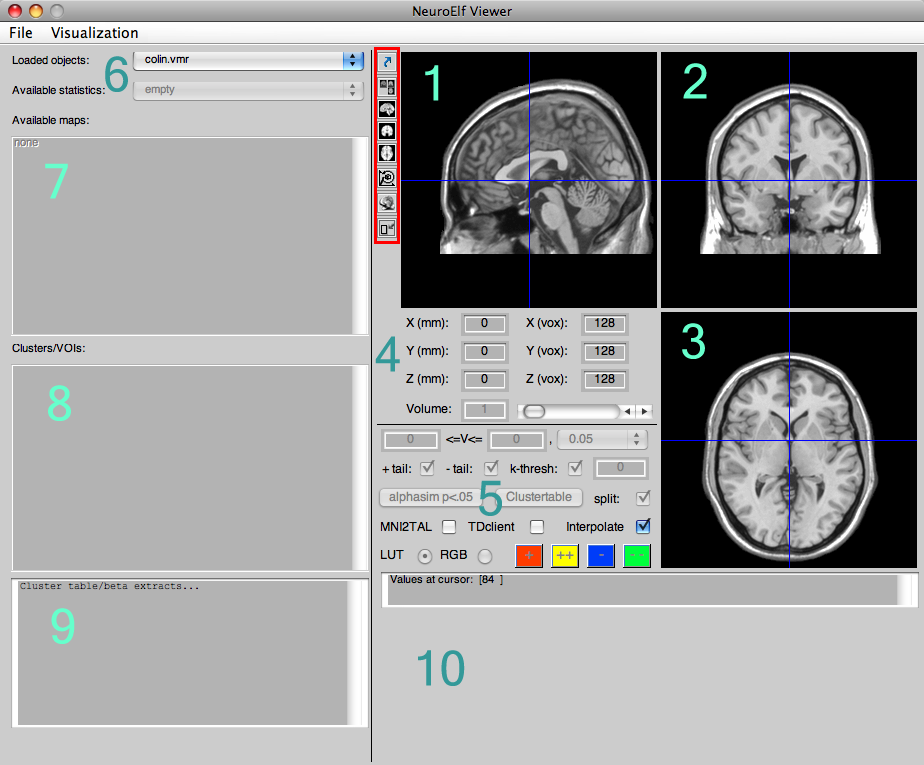 The numbered sections in turn mean:

The buttons in the red-marked box, from top to bottom, mean:

Upon clicking this last, bottom-most button, the window will convert to minimized view (if it is in full mode, that is): 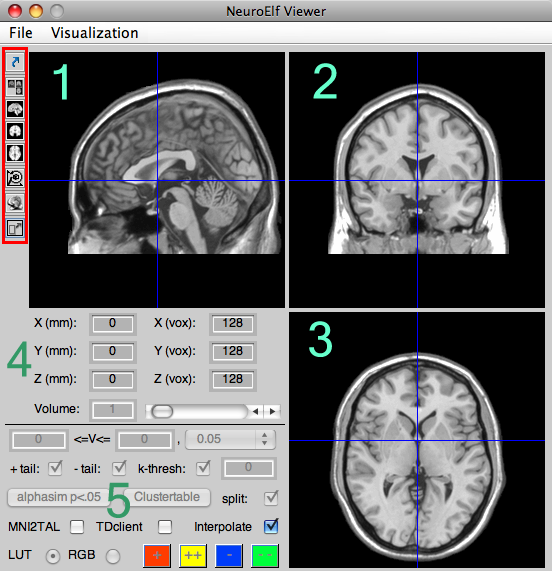 The elements on the left side of the figure (file/map selector, cluster and table output) will be hidden from view to free up some space for other windows.

The File menu allows to load any xff-supported object, but only those displayable by the GUI will be added to the lists of selectable objects (FMR, HDR/NII, HEAD, SMP, SRF, VMP, VMR, VTC)

Additionally, any file loaded via the GUI will (if appropriate) be added to the list of recently loaded objects, so that in an upcoming session, formerly loaded files can be easily re-loaded.

Under the Options submenu, the following entries are available:

Currently this menu has only one entry: